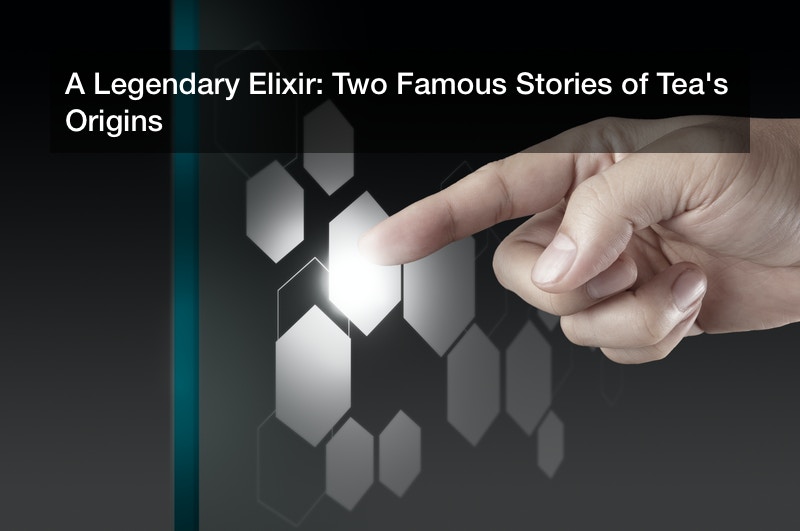 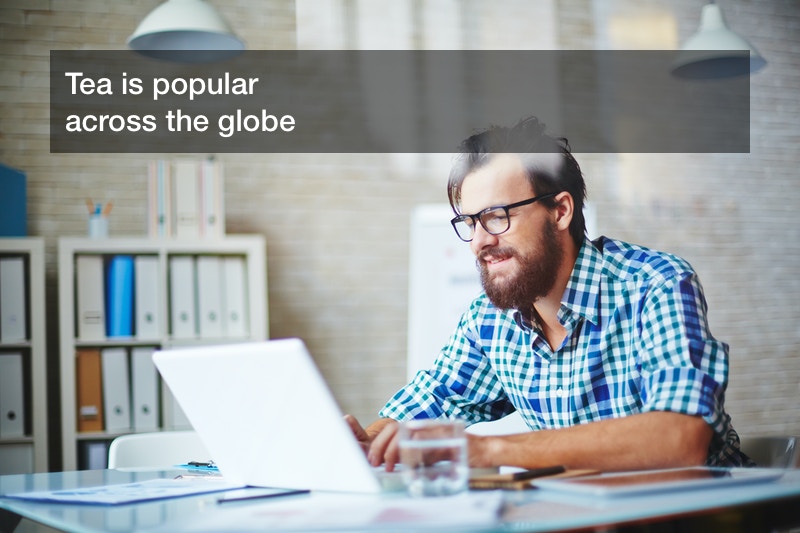 Indeed, tea is quite popular throughout the British Isles, which makes sense given the climate — who wouldn’t want to cozy up with a steaming mug when it’s raining all the time? Ireland, in particular, makes frequent use of the beverage. If you haven’t had a hot cup of Irish breakfast tea with your eggs and toast in the morning, you are missing out.

Japan has a history of tea that goes way back to the 8th century when the invention traveled there from China. The history of tea in Japan is largely in relation to the tea ceremony, which has long been a staple of Japanese culture.

As the history of tea goes back thousands of years, it follows that there would be numerous stories depicting just how it came to be. While these fantastic tales may not be historically accurate, they are valuable for a number of reasons.

For one, these myths serve to demonstrate once more the incredible creative power of the human imagination. We are a species of storytellers — the tales we have told each other through the years are what make us who we are. Our tales of the history of tea are no different.

The legends associated with the history of tea also provide insight into the attitudes of tea’s earliest cultivators. The motifs of restoration and rejuvenation which recur throughout the history of tea demonstrate the pervasiveness of the notion that tea is a powerful healing beverage.

The Tale of Bodhidharma

While at this point the realities of Bodhidharma’s life are indecipherable from the legends, there are some generally agreed-upon elements. It is thought that he was born in Kanchipuram, a city in India of which he was in line to be king. However, he was far more interested in Buddhism than in ruling. As a young adult, he abandoned his royal lineage and traveled throughout first India and then China, not to be an entrepreneur but rather to spread the teachings he had learned.

It is generally accepted that to fulfill his master’s request to spread his monastery’s knowledge throughout China, Bodhidharma sailed from Madras to China’s Guangzhou province. From this province Bodhidharma’s ventures are unclear. He may have walked along the Yellow River across the Pamir Plateau to get to Luoyang, which at that juncture was a Buddhist hot spot. Eventually, he made his way all the way to Nanjing.

Bodhidharma’s aim was to get the people to shift the focus of their Buddhist practice. In China at the time, Buddhism was largely centered around the scriptures themselves. Bodhidharma advocated for the Zen Buddhist approach which instead prioritized the practice of meditation.

It is here that we start to get into the more mythical tales of Bodhidharma’s life. Legend has it that, after being rejected from entry to a Chinese monastery, Bodhidharma sat in front of a wall in a cave and attempted to meditate continuously for nine years. This is where his role in the history of tea comes into play.

The tale states that, after five years, Bodhidharma fell asleep due to weakness and fatigue. He was so upset with his failure that he cut off his eyelids so he could never sleep again. On the ground where his eyelids fell, they grew into the shrubs that produce tea leaves.

From the tea leaves, Bodhidharma made and consumed a plant extract. He found that the leaves were so energizing and rejuvenating that he was able to complete his nine-year meditation. He was subsequently allowed into the monastery, having demonstrated his unwavering commitment to Zen Buddhism.

The Tale of Shen Nung 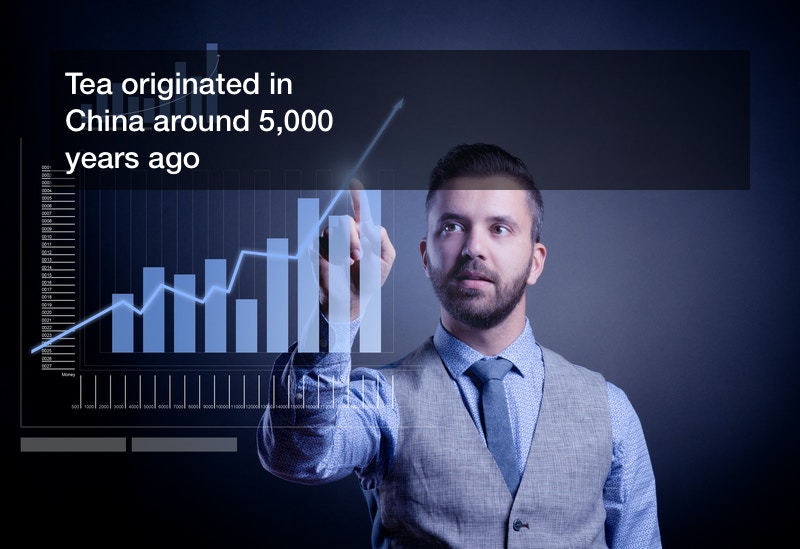 Shen Nung, or Shennong, translates to “God of Agriculture,” or alternately to “Divine Peasant/Farmer” or the “Divine Husbandman.” This figure is said to have been an emperorof prehistoric China who is believed to have lived around 5,000 years ago. The tales of Shen Nung’s advances in a variety of fields are expansive.

According to legend, Shen Nung single-handedly taught the people of China how to practice agricultural production methods. This served to help the pastoral populations of China to rely far less on animals for sustenance. The ancient emperor is credited with such technological advances such as:

The inventions to which Shen Nung is credited are so numerous that he is honored as a mythical deity. Of course, it is likely that Shen Nung is an amalgamation of various figures throughout history. After all, no one individual could possibly be behind so many revolutionary advances. Not only is Shen Nung said to have changed Chinese agricultural practices forever, but he is also said to have been the father of Chinese medicine.

The myths state that Shen Nung individually investigated the effects of hundreds of plants, often risking his life to try herbs that were of unknown safety. In the end, it is believed that this is what killed him — he is said to have suffered a toxic overdose from one of the plants he was studying.

The resulting collection of pharmacological knowledge was expansive. In the text, known as Shen-nung pen ts’ao ching, or the “Divine Husbandman’s Materia Medica,” there are listed 365 different medicines. These were derived from an assortment of flora, fauna, and mineral sources.

For a mythical figure who has already been credited with so many seminal inventions and discoveries, it is unsurprising that Shen Nung is also credited with the first encounter with the hot beverage in the history of tea. The story portrays his discovery as a happy accident. The tale goes as follows:

One day Shen Nung was outside boiling a pot of water in order to purify it for drinking. By complete happenstance, a breeze blew some tea leaves from a nearby camellia sinensis plant — the plant from which all tea (besides herbal tea) is derived. The leaves landed in the boiling water and began to change its color.

The reaction and the smell were enticing, so Shen Nung decided to give it a try. He found the taste and the sensation that followed to be quite pleasant. The emperor easily deduced the bush from which the leaves had blown, and recommended that others try the brew. According to the story, the drink gained popularity from there, and thus tea was born.

Who Is Tea For?

Now you know some of the stories that have come to form the folk history of tea over the millennia since its invention. However, you may be wondering exactly who this ancient beverage is for. At the end of the day, whether or not you wish to partake comes down to personal preferences regarding your lifestyle and palate. If you identify with some of the following categories, you should strongly consider making tea a regular part of your life. Tea is an excellent choice for:

Those looking for improved focus

Focus is paramount to virtually every facet of life, whether you work in performance driving as a racecar driver or pit crew member, or you’re a student in art school trying to get their final portfolio together. These cognitive benefits are largely derived from the beverage’s caffeine content.

Unless you’re drinking herbal or decaffeinated tea, there is going to be some caffeine in your brew. This makes green, black, white, or oolong tea the perfect way to start off your day with a boost. Humans have been aware of caffeine’s stimulating effects for thousands of years, and have taken full advantage.

The benefits of caffeine are not limited simply to how you feel. According to a meta-analysis which can be found on Pub Med, there is a significant amount of research which suggests that caffeine can have a positive effect on passive learning. Evidence of this effect is limited, however, just to learning for which the individual is absorbing information without action — for example, by attending a lecture or watching an educational film. When it comes to more intentional, active learning, there is not yet research to confirm any sort of beneficial effect.

Those who have a sensitivity to caffeine 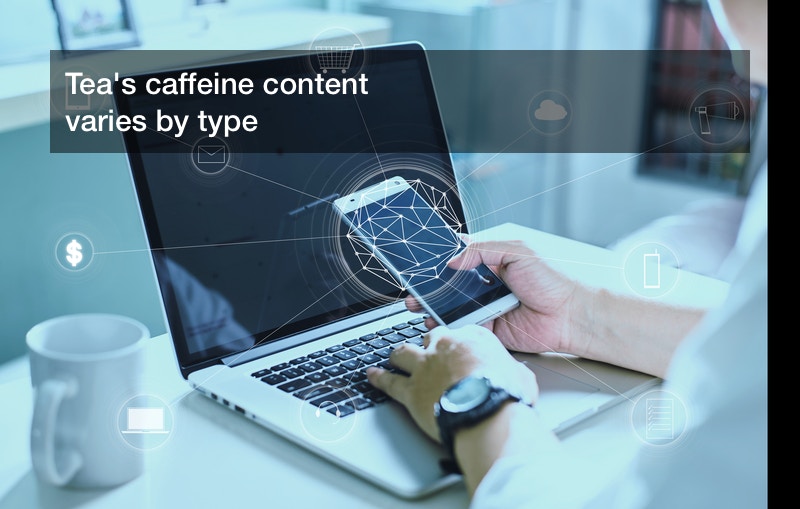 If you have a caffeine sensitivity and thus have to avoid highly caffeinated beverages, tea can be the perfect choice for you as well. There is far more caffeine a cup of coffee of equivalent size;. soda, too, can have a comparable amount of caffeine in a bottle, often exceeding the amount that would be in a hot mug of tea.

Unless it’s decaf, an eight ounce cup of coffee has around 100-200 mg of caffeine. With tea, however, you can use what kind of tea you select to wield far more control over the amount of caffeine you consume. Simply choose the type of tea that matches your preferred caffeine intake. If you don’t want to consume any caffeine, go with a decaffeinated tea, or with a naturally caffeine-free herbal blend.

Those who are working to avoid substances

If you or someone you know has recently undergone a drug and alcohol intervention, there are a number of steps that can be taken to make the process easier. One highly effective strategy that can be employed by someone recovering from substance abuse is to develop healthy habits to replace the old ones. Tea is the perfect beverage to drink in place of alcohol, since it is cheap, accessible, and good for you — not to mention it’s delicious.

If you do start to drink tea very frequently, however, remember that it can stain your teeth over time. Particularly if you are drinking a darker tea such as Earl Grey or English Breakfast, you can impact the color of your pearly whites. While you don’t have to brush your teeth every time you finish a cup, it can’t hurt to take a moment to swish some water around your mouth.

Those who are trying to be budget-conscious 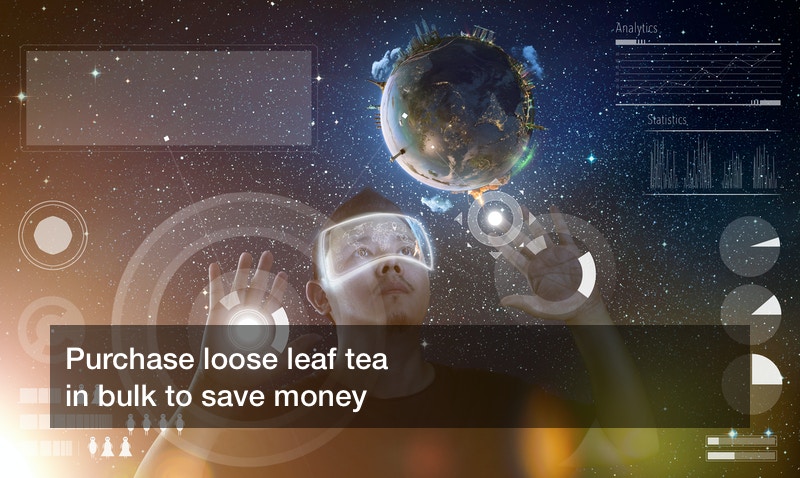 While Starbucks and various local cafes tend to be a guilty pleasure for many people, these establishments can rapidly drain your savings account. Though you may not need to look into finance options when you’re just trying to buy a latte, these drinks (and the delicious baked goods that are typically available) can be a serious sinkhole when it comes to your hard-earned money.

The much more fiscally responsible choice is to start making tea and coffee for yourself at home. While there are some up-front costs associated with making your own hot drinks, the money you save in the long run will allow you to quickly recover those expenses. Make sure to invest in a good tumbler to take your hot beverage with you to work each day during the week.

Tea is also a good way to unwind while on a budget. While a cannabis dispensary can be extremely helpful when you want a powerfully relaxing herb, the out of pocket costs can be a limiting factor for some. Something like chamomile tea can be a more affordable option to get some calming herbs in your life.

Another key money-saving strategy is to buy your tea in bulk. There are countless businesses that sell large quantities of tea online at a cheap unit price. Just make sure to find one with good reviews.

The stories we tell of the history of tea point to the drink’s great importance to humanity. Over the years, this functional beverage has been treated as everything from a sacred elixir to a cure-all. While tea probably can’t do something like reverse hair loss, it can and should be an important component of a lifetime of healthy habits. So go grab a cuppa, and keep reading about the fascinating myths that surround the history of tea. 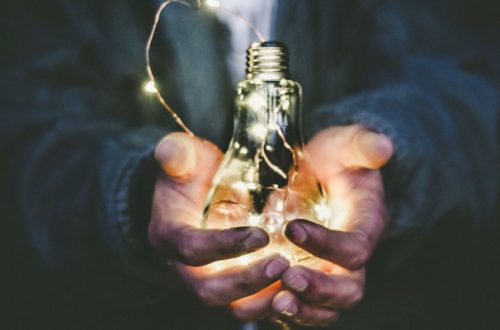 How to Create a Safer Work Environment